After hosting the first-of-its-kind fashion show at Red Fort with FDCI, the Ministry of Textiles organised a National Conclave titled ‘Accomplishments And Way Forward For Textiles Sector' on January 6 in the capital. The Vice-President, Mr M Venkaiah Naidu, and the Union Textiles Minister, Ms Smriti Irani, conferred the ‘Threads of Excellence’ award on 17 people from the textiles sector at this event.

Among the awardees were FDCI Board Members, Rajesh Pratap Singh, for the elegance and simplicity of his designs, and Rahul Mishra, for being the international face of Indian Fashion. Along-with them, a third FDCI designer, Aneeth Arora of péro, received an award for sustainability, textile innovation and utilizing India’s indigenous skills.

The previous evening, the Textile Minister honored six Padma Shri and seven Sant Kabir awardees at the Red Fort. At the same event, Sunil Sethi, President of FDCI was conferred a Special Recognition Award for Promotion of Handicraft and Textile Design.Talking about the honors, he said, “I feel proud that the FDCI designers have been recognized and felicitated for their contribution to the industry. We are very grateful to the Textiles Ministry for making every effort to give fashion the respectability it deserves.” 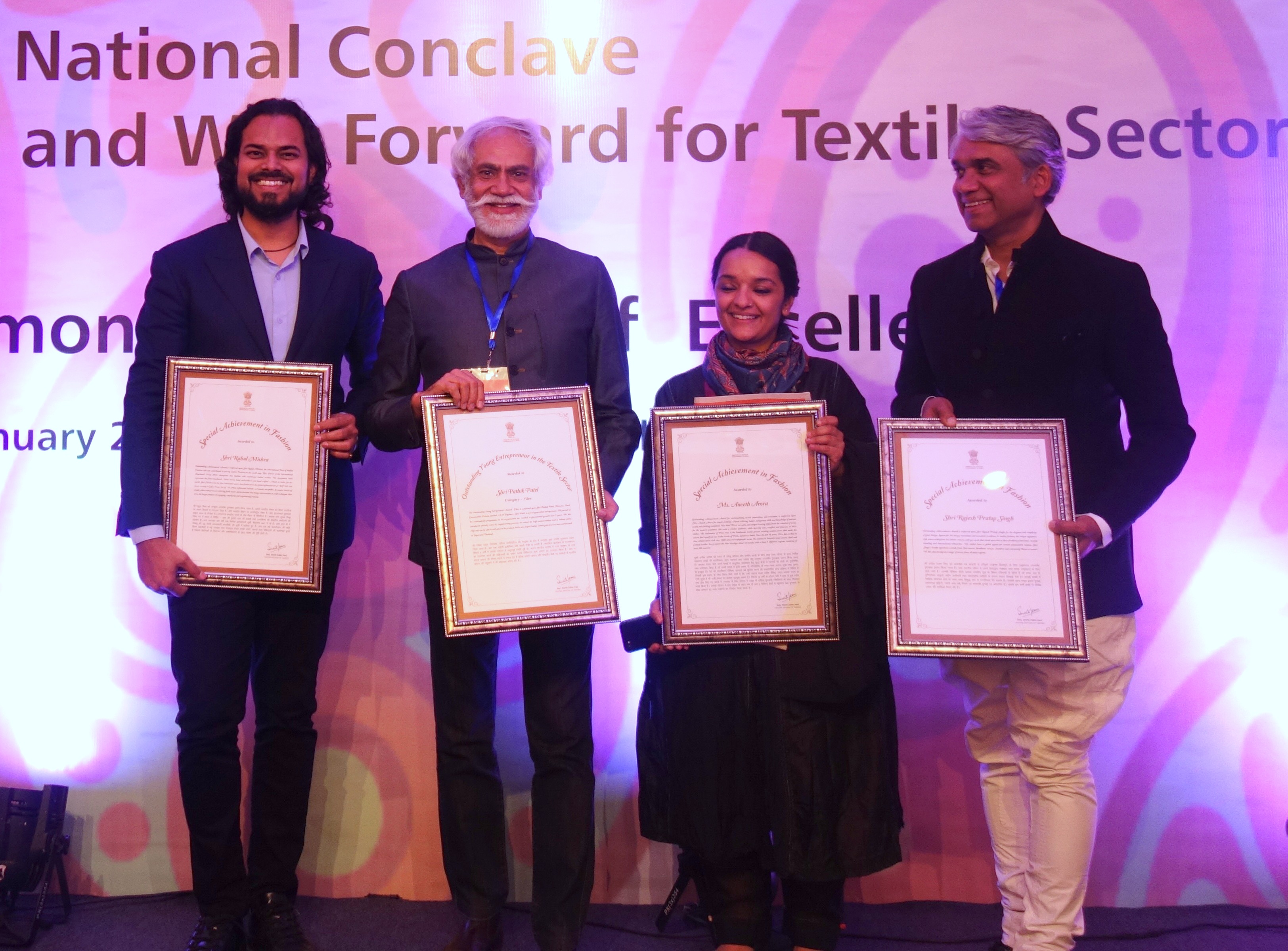