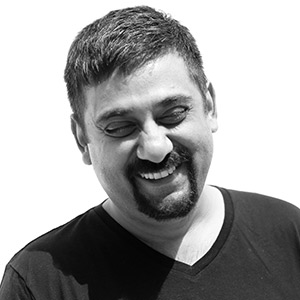 Delhi-based designer Siddartha Tytler makes his debut at the India Couture Week with the launch of his exquisite Ambrosia Couture 2022 Collection.

This inspirational Collection bears the hallmark of a heady engagement with the finesse and excellent craft of a designer who continues to make waves with each new offering.

Ambrosia, in Greek mythology, is the ‘Nectar of the God.’ The Couture 2022 collection titled “Ambrosia” seeks its inspiration from purity, color and ethereal significance.

Its color palette is dominated by ivory and shades of gold.

The silhouettes primarily play with the concept of volume, as the collection comprises of gorgeous Anarkalis with 50 kalis for men and women; Lehengas with 40 panels; Sherwanis with gigantic skirts and ruffled dupattas created out of 60 metres of fabric.

Self-confessed non-conformist designer Siddartha Tytler’s creations are anything but the ordinary. The epitome of sophistication and elegance, the eponymous brand, which was launched in 2002, boasts of ensembles that are cutting edge quality. The label’s expertise ranges from sensual, draped western wear to traditional wear with a contemporary spin. Tytler’s creations almost always flaunt crystal application (which is the USP of the brand) and fine thread work, along with exquisite surface ornamentation, unique motifs, contrasting and appliqué work.

Delhi-based Siddartha Tytler’s training at the Fashion Institute of Technology (FIT) in New York played a pivotal role in honing his skills to enter India’s fashion industry, where he has created an enviable niche for himself over the intervening years. A member of the Fashion Design Council of India (FDCI) since 2006 Tytler is recognized for his offbeat, quirky offerings which are perfect for the well-travelled fashionista who is not afraid to experiment. A celebrity favourite, Tytler has showcased at the Eiffel Tower in Paris, France and The Taj Pier, New York, USA— as well as in Dubai and all over India.