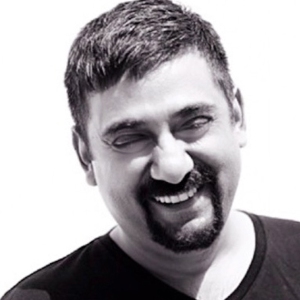 “Studio 54” is inspired by the iconic club of the same name where expression, dance and fashion were about the individual. This season, he invented six characters to portray individual aspects of a human being known as the “Tytler Army”.

The styles are a reflection of the 80s with tweaks of today. It’s fun, flirty but yet very bold and defines an individual as he/she wants. The silhouettes consist of structural corsets, bodycon dresses, peasant tops, co-ord sets and track suits for her. For him, we have track suits, structured suits, bomber jackets and printed tee shirts.

The colour palette varies from mustard, blue, black, grey, teal and whites. The surfacing this year involves a lot of sequin, crystals and a new computer embroidery making a textile in the fabric itself of faces.

“I have been associated with the FDCI since 2006 and have had an association with Lakme since 2009. I think it’s absolutely amazing that the FDCI and Lakme have joined forces this season. It makes the fashion industry stronger and more integrated, which was needed for a very long time,” adds Siddartha Tytler.