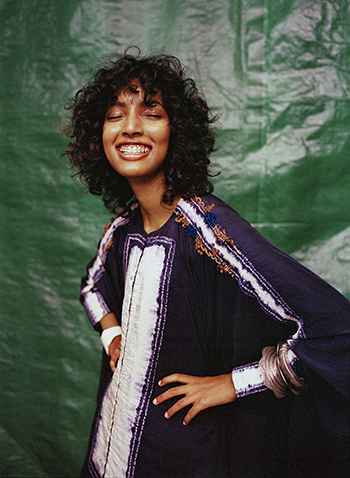 Best known for her eponymous label, Anamika Khanna is much revered in the industry. She was the first Indian woman to showcase her collection at the Paris Fashion Week, she was also a part of the Business of Fashion 500 list.

Her collection is an act of presenting India's rich craft encapsulated in global contours. Her work comprises two lines - Prêt and Couture. With colour and craft as her forte, trousseau wear is naturally her area of specialisation. Strictly conformist in the non-conformist way, her look is global with ethnic Indian craft as her mainstay.

Anamika received an overwhelming response at the London Fashion Week 2005. Following this, she got an exclusive contract with British major, Harrod's and coverage in magazines like Glamour (Paris), Vogue (October 2005, U.K), and Vogue Best Buy. Back home, she wowed everyone with her collection presented at Will's Fashion Week titled 'The Botanist'. The year also witnessed her being nominated at the MTV Style Awards 2005 for the Designer of the Year.

Driven by philanthropy way back in 2012, Anamika helped raise funds for the Tata Medical Centre in Kolkata and her show was called "Falakki Jhalak', which focused on raising money for under-privileged cancer patients. She even made a statement at the Delhi Couture Week 2012, where she presented her collection off-site at the Evoluzione store. She was able to marry the rich Indian craft with a sensual style, which was never seen before in India.

In 2013, she wooed London for a cause! The designer helped raise a large sum in the London Fashion Fundraiser, where she showcased her collection during the inaugural Sparkle Gala. The Akshay Patra Foundation received huge support through fundraisers where the involvement was in the spirit of helping malnourished children.

Anamika's philosophy is about innovation and experimentation with regards to the Indian style, while also keeping it extremely relevant to the modern world. She is also about finding your own personal style and having the dream and vision to express it to the world around you.